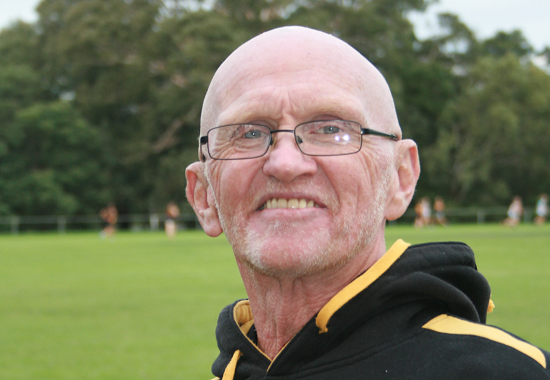 Continuing our series of conversations with RJFC legends, we learn some more of the club’s rich history from a chat with Phil Ballis. 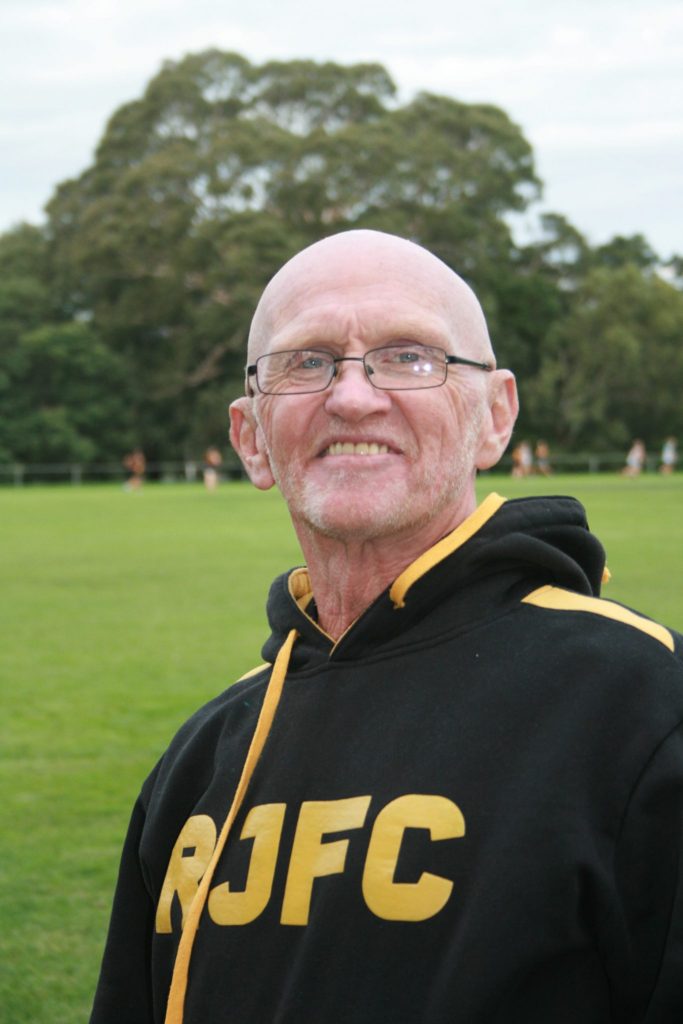 Phil Ballis is known by many at RJFC. He loves football. Phil was born in Richmond, he played for the U15s when he was 12. That was at Gosch’s Paddock. U15 was the lowest grade available then. He spent 3-4 years in the U15s before going on to the U17s & then Senior Football in Richmond District at Citizens Park. Georgie Smith ran Richmond District. It had a 1sts, 2nds & U18s. He played wing, but his favourite position was always the one where he could kick a goal. He’s coached hundreds of kids at RJFC. It’s his favourite thing to do at the club, but believes a coach should only stick to a team for 3 years.

Phil is a Life Member at RJFC for service to the club. He got involved in 1983 when his son was playing at Richmond. There were 3 teams then – U12, U14 & U16. He joined the Committee with Terry Shaw, Laurie Judd, Terry Mott & Kevin Morgan. It was a lot of fun. The Committee were Coaches, Team Managers, “anything we had to do, we did”.

Paul Maher & Phil used to coach together. It was the old Hawthorn League then, before the YJFL existed. We were on the other side of the ground of Citizens Park in the old white building. It was an old country style club room with 2 big rooms with a partition down the middle. Kids came from the Richmond & Collingwood area. We used to pluck kids off the street to play. “Any stories you may have heard from back then are all true & you can probably multiply that by 10 times”. Phil knows where all those ‘kids’ are, even today. He‘s coached junior & senior teams, boys & girls teams.

He’s been watching the club grow and expand in leaps & bounds over his 36 years at RJFC. “All the new coaches are trying things out & learning along the way. We’ve got some really good coaches down at the club”. It’s unusual that Phil hasn’t got a RJFC team to coach this year, but he’s not idle, he’s at the new Richmond High School enjoying teaching the students how to play his favourite game. He firmly believes football is a game and the players need to enjoy the game.

He doesn’t follow one specific team in the AFL. If he did, it would probably be Essendon, but he likes good football and is also liking how the Giants are playing again this year. He also loves the AFLW, and is watching that grow into his prediction of Australia’s biggest sport for women. All of Phil’s kids have played football and this year will see Phil’s youngest play her first year of football. He’s extremely proud.

You’ll see Phil down at the footy pinching all the yellow snakes at ¾ time.