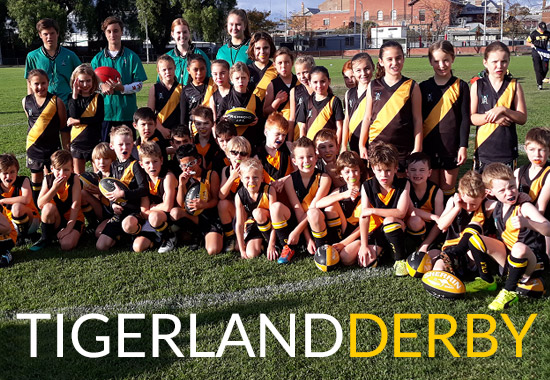 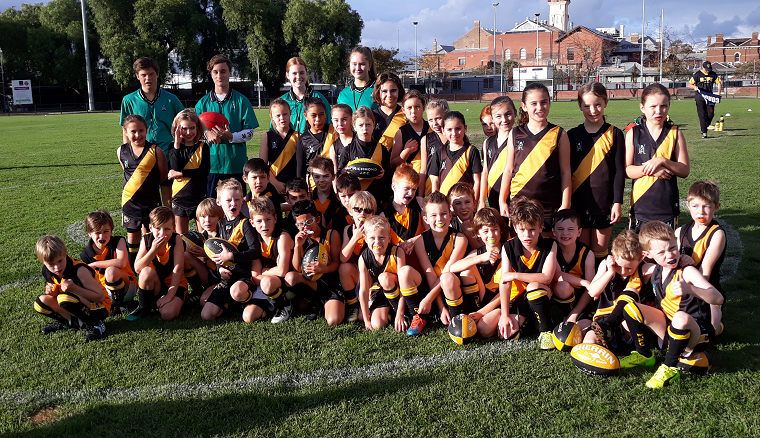 It was a massive morning at Citizens Park early last Sunday for our newest and brightest footballers.

Two of our three Under 8 teams played an infamous derby game when Richmond Yellow took on Richmond Black at 8.45 am, while on the adjoining ground our Under 10 girls were in action.

The Under 8 Black team, as the away team, turned back time and played in the original RJFC ‘premiership’ jerseys – collars and wool were back in vogue, and it was heritage football at its best.

Both games were brilliantly officiated by our club umpires of Colts and Under 15 girls – Hugo Boreham and Will Stevens guiding the Under 8s, and Alice McNeill and Lily Martin umpiring the Under 10 girls.

Needless to say, Richmond fared well in both games, and RJFC football was of course the big winner.

Congratulations to all involved. It is great to see that the future of the club is in such good shape.