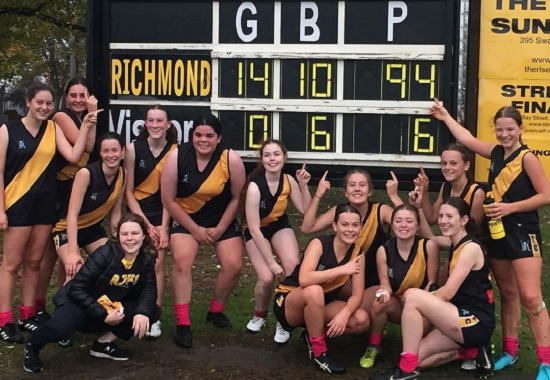 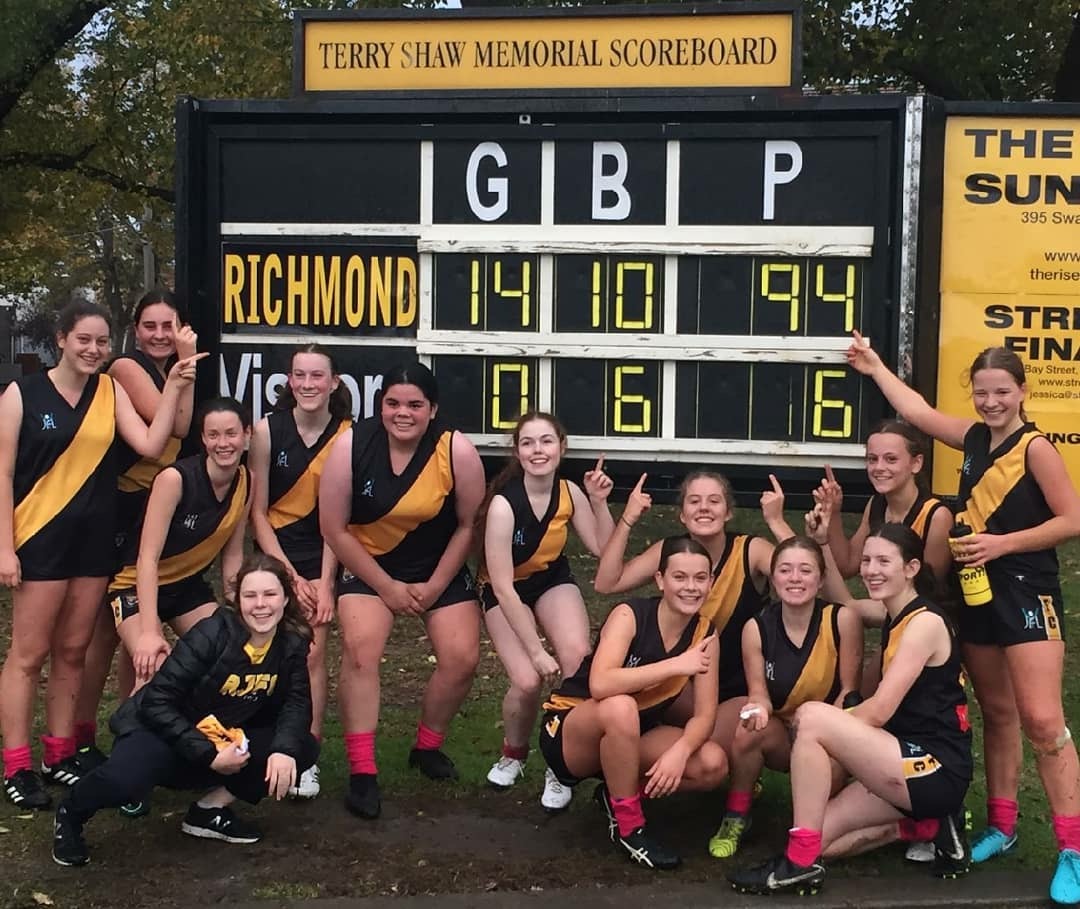 In celebration of their first ever win, Youth girls’ team parent Nat Jensen provides this update…

The rain fell but it didn’t dampen the Youth Girls’ spirit last weekend as they had their very first win. After a tough 2017 season, they approached 2018 with the same passion and courage. On Sunday 20 May, they played Fitzroy at Citizens Park, winning the game 14.10 94 and keeping their opposition goalless at 0.6 6.

Their determination, grit and resilience throughout their time as a team has never waned and the start to this 2018 season was no different. After each loss they held their heads high, became closer in friendship and remained focused. They are the team without a bench, they don’t rest and they never ever give up. This was all on show on Sunday as they were finally rewarded with a win. The girls gave their everything for all four quarters, out-running their opponents who had bench time to rest, reflect, catch their breath, to get sideline coaching – this is not a luxury our girls have had.

The team has a coach who has supported them with such fierceness of character and it was a touching moment after their first win when the girls thanked their coach Ollie for sticking by them and believing in them. No one takes for granted the positivity, optimism and strength of the Youth girls coach, Ollie. He leads these girls in the spirit of what is great about the Richmond Junior Football Club.

The Youth girls and all those who support them sang the club song with gusto. An incredible weekend and a reminder of the courage that is at the heart of the club. 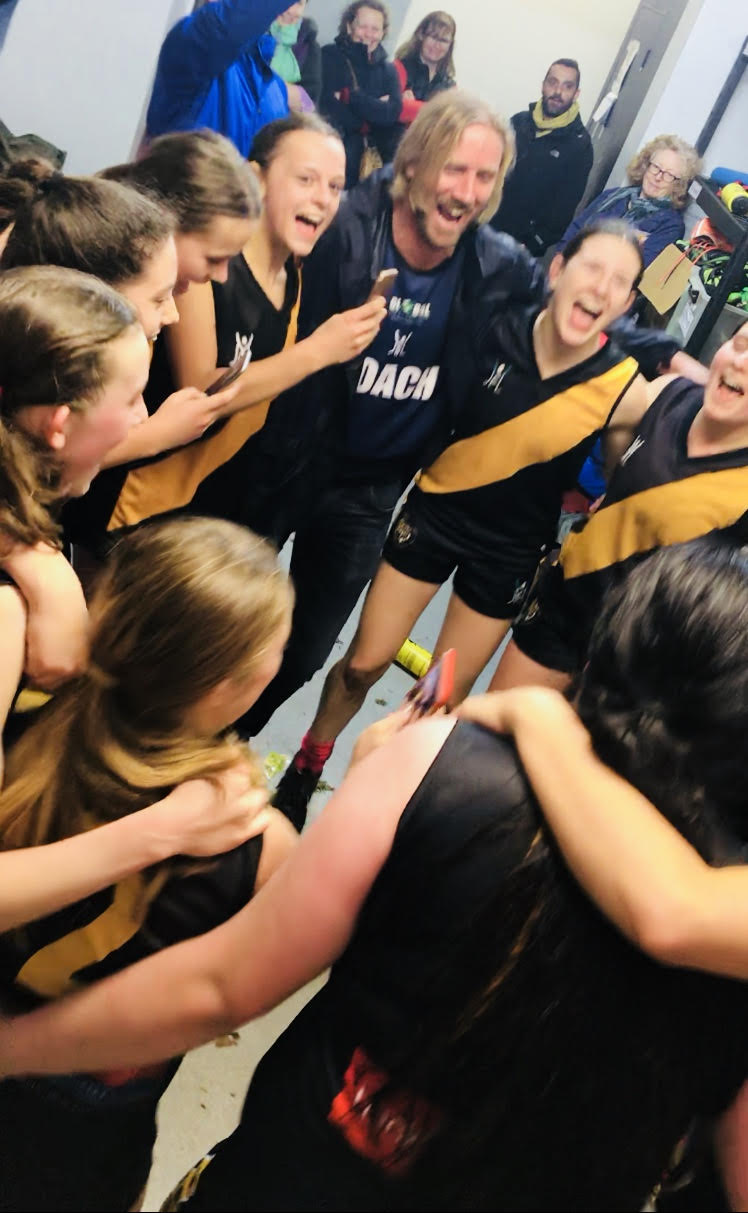