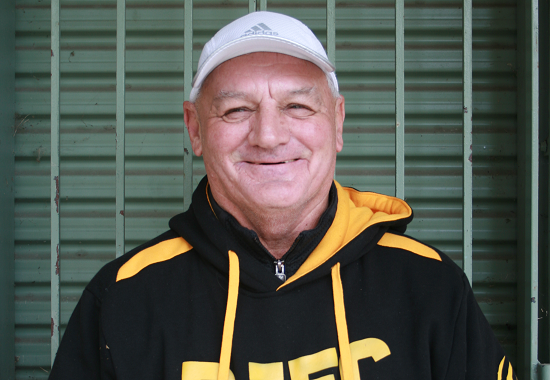 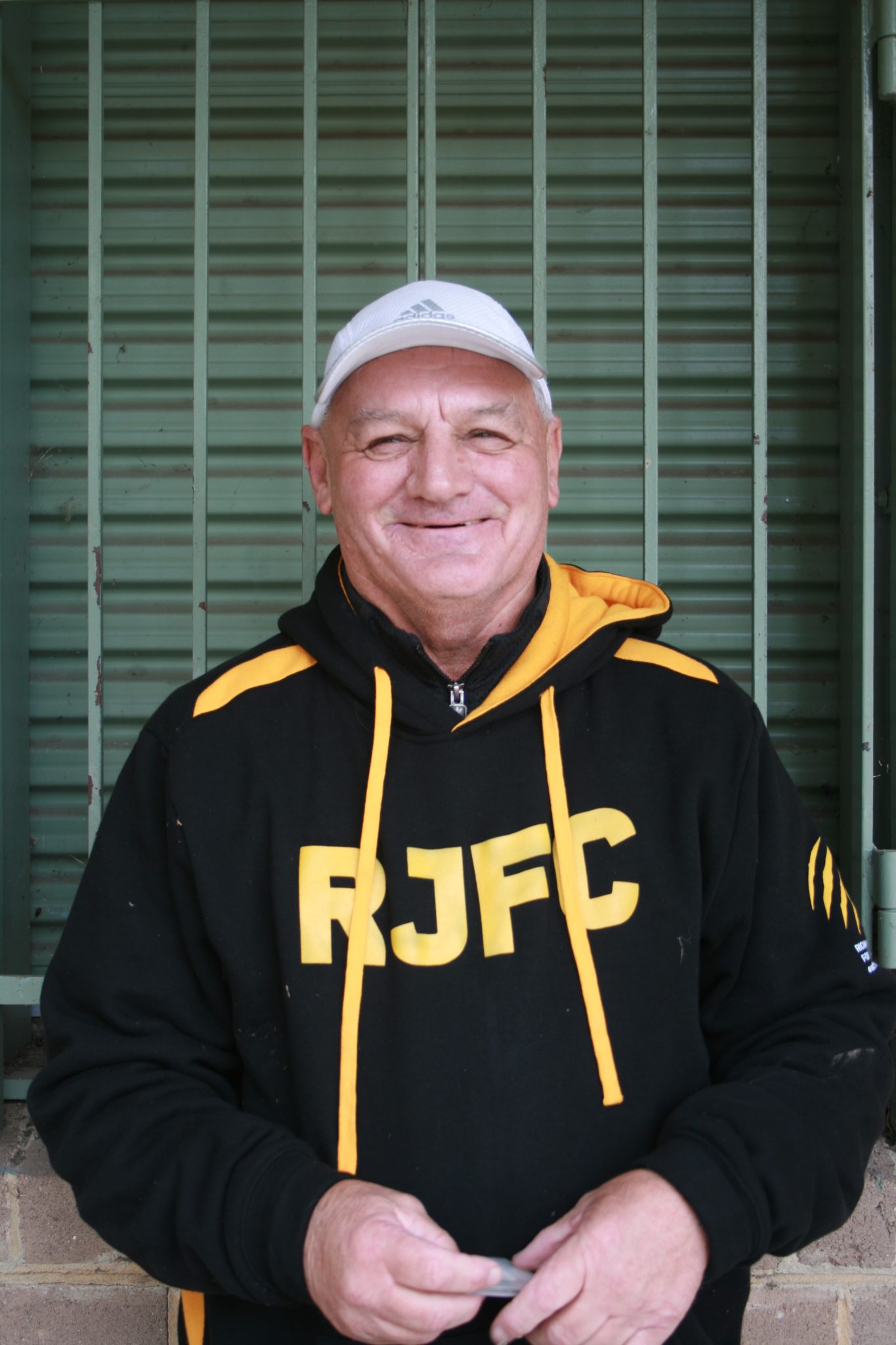 Further to our recent story on Mick Young, we’ve also caught up with another RJFC legend, Les Quarrell.

Being born and bred in Richmond, sport was going to play a large role in Les’s life, as in the ’60s he grew up with about 7 or 8 older boys around the streets of Richmond, playing football and cricket. His first shot at competitive footy was as a 10 year old in the Under 15s at Richmond Opportunity Football Club and incidentally his first game ever was at Citizens Park in 1963. What has followed is a long career in both football and cricket in the playing sense – Les is still playing cricket and 2 years ago, he represented Australia at the over-60 level, and he played footy until 1997 mainly around the Richmond area.

Les’s  RJFC journey commenced back in 1988 when he was approached to run the Vickick Program (now Auskick) and did this until a few years ago. In 1990, the football club canvassed Les and Jeff Rudland to see if they would take over the administration side of the club, as most of them and their kids were finishing their stint at the club. Terry Shaw (whom the scoreboard at Citz Park is named after), continued on as President and roles for both Jeff and Les increased – over many years, they both filled most roles in a football club. Les’s roles included Secretary, Treasurer, Manager, Tribunal Advocate (used a lot in the ’90s!), and many other jobs including a lot of coaching of all grades. Both Les and Jeff were the Club delegates and represented RJFC at all meetings of the YJFL. They were both made Life Members of the YJFL in the 2010 season – they are the first RJFC members ever to be given this honour at club level.

The building of the Jack Dyer pavilion in 1994 was important to the club as the rooms at the other side of the ground were not good enough, and with no room for anything it was hard to see how the club operated in it. The recent announcement from the Victorian government and Yarra City Council for the upgrade of the Jack Dyer pavilion was enormous and will be fantastic for the club.

The greatest change to football came in 1996 when the Hawthorn District JFL and Doncaster District JFL amalgamated to become the Yarra Junior Football League (YJFL), which saw the introduction of graded football. Prior to 1996 there were too many 20, 30 and even some 40 goal defeats, which was good for no-one and saw a lot of players drop off from the sport. Also, the introduction of female football has seen the game to go to a level that will just go from strength to strength and provide pathways for all to get to the top level of the sport, and currently participation of football has become an all-time high.

Highlights over the many years include the many thousands of kids that have gone through the club and now have gone on to bigger and better things in life. Volunteers in sporting clubs can shape lives of kids and it is good to see it has continued on in recent years. To see the club increase teams over the last few years is amazing and providing all people connected get in and do their bit, it will continue on for a long time to come. “Keep it up everyone”!

Presentation Nights have also been a highlight for Les, as a smile when accepting an award on a young person’s face is fantastic. Premierships are also a highlight, although not as important as the participation side of the game.

To sum up, most people will agree Richmond is a great place to live, and with numbers at an all-time high, providing everyone gets in and does their bit, Richmond Junior Football Club will remain a great avenue for kids to go to a higher level but also become better people for it, as junior sport is a great builder for kids for their later life.

Les’s service to RJFC is coming up to 31 years, including a role as ground manager at KB this season, and although has commitments with Port Melbourne Football Club in the VFL stop him from being around as much as he would, he always has the club at heart and will do anything if required and if he has the time.