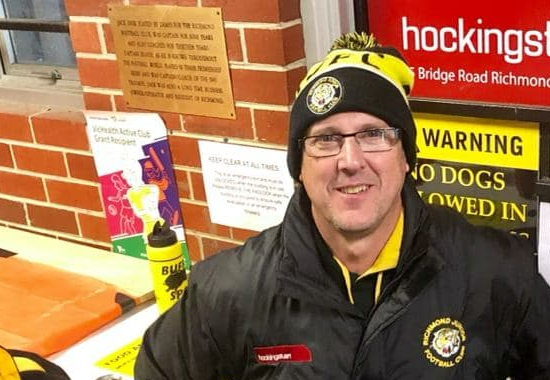 At the recent annual general meeting of the RJFC committee, a number of changes to the committee were endorsed.

Firstly, as planned, Andrew O’Halloran has retired as President of the club. Andrew will remain on the committee, while handing over to Lachlan Mosley as incoming President for season 2021.

Andrew has served on the commitee since 2014 and as President for 5 years (2016 -2020), steering the RJFC community through an amazing period of growth, with new record numbers of girls’ and boys’ teams being fielded year on year. Throughout this time, Andrew has also coached his son’s team, and the whole family – Tania, Riley & Lachlan – have been fantastic supporters and volunteers for RJFC.

Please join the Committee and the entire RJFC community in thanking Andrew for his incredible service to the club so far, and also congratulate and support incoming President, Lachlan Mosley!

Secondly, we also say thank you and farewell to the following retiring members of the Committee. Like all club roles, it is an entirely voluntary position and these people have been very generous with their time and commitment to the RJFC community over a number of years – Chris McNeill, Steele Baillie, Jo Cronin and Ant Rahilly. Thanks so much to Chris, Steele, Jo, Ant and their families. Although retiring from the Committee, we’ll continue to see them supporting the club in various capacities.

Over recent years, we’ve welcomed a number of incoming Committee members including Mick Murphy, Mick Murrihy, Al Sime and Markus Ziemer, so the club is well positioned to continue to grow into the future.